Specializing in youth who have made their first major mistake.

What is a Bible Believing Attorney?

A Bible Believing Attorney is one who once believed in evolution and vast ages, but that upon looking at all the credible evidence, is now convinced that God loves you (me) and has a wonderful plan for your life. But that your (my) first real sin separated you (me) from the plan of God for our life. And worse than that it earned for you (me) eternal death in hell and the lake of fire. We are in this state and have only One Way out. Jesus came to earth and took on the form of a man, lived a sinless life, died on the cross not for His sins, as He did not sin, but to pay the eternal death penalty for each one who sinned. Now we have a choice to make.  Will we die and pay for our own sins in the lake of fire or are we smart enough to accept what  Jesus did on the cross? Will we turn from sin to HIM? God loves us and provided the Way to avoid eternal death. Receive Jesus Christ and His death on the cross and you will be on your way to heaven when you die. (We all die) The Bible tells us that if we confess with our mouth that Jesus is Lord and believe in our heart that God raised Him from the dead, we have the ability to be saved from the penalty that our first real sin earned us. Just turn from sin to Him. Ask Jesus to come into your heart and life and be your only Savior and Lord-God. Just say, I NOW RECEIVE JESUS CHRIST AS MY SAVIOR AND ONLY LORD. If you said it and IF you mean it, you will pass from eternal death to everlasting life. That is how I became a Bible Believing Attorney.

Why should you “Choose Hughes?”

Brother Hughes is a member in good standing of the Michigan State Bar Association, with more than 20 years of experience. When Brother Hughes was first admitted to practice law, he was working for the firm of Munstock and Richardson in the First National Building of Detroit,, MI. They kept records of his court appearances and evaluated his success for clients. He was credited with a successful outcome when a client was found “not guilty” in a criminal matter, a motion was won disposing of the case either in criminal or civil matters, a settlement was forced upon the defendants after a hearing where they asked for much less than was awarded, or if he was successful in defeating a motion against a client that would have caused the client to lose their case. In his first two years of practice, he achieved an 85% success ratio. He then moved for a short time to another firm when he was asked by Herman J Anderson to join him in practice. Therefore, before it was popular to be in a politically correct law firm, Herman Anderson of Anderson, Hughes and Associates was black and Brother J.R. Hughes was white. They were involved in what would now be called political intrigue in representing the Department of Public Works, and for a short time the Black Panthers. Although Anderson and Hughes would be considered conservative, they would stand up for anyone’s rights when they were being trampled upon by the establishment. During this period of time, Hughes began to represent churches in free speech petition and assembly matters with great success in the courtrooms. and is admitted to practice before the US and Michigan Supreme Courts, the Federal District courts; state circuit courts,district courts and probate courts. He is even experienced in criminal cases, was also a circuit court arbitrator received appointments as a probate court referee and was often assigned cases where the court personnel wanted the assigned client to have their rights protected and have a favorable outcome.

Prior to the practice of law, Brother Hughes has additional experience in the worlds of insurance, education and real estate. He has been published in the American Bar Association Insurance Journal, as well as by the Michigan Litigation Section. 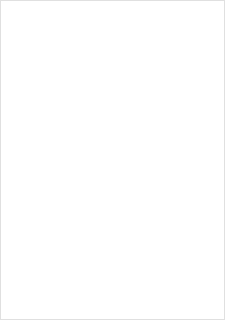 If My People Ministry 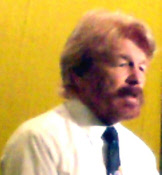